People’s sex habits are as well known in Hollywood as their political opinions, and much less criticized.
Ben Hecht
Habits Hollywood Opinions People Sex
Trying to determine what is going on in the world by reading newspapers is like trying to tell the time by watching the second hand of a clock.
Ben Hecht
Newspapers Reading Time Trying World
There’s only one law you gotta follow to keep outta trouble. Do it first, do it yourself, and keep on doin’ it.
Ben Hecht
First Law Trouble
Hollywood held this double lure for me, tremendous sums of money for work that required no more effort than a game of pinochle.
Ben Hecht
Effort Hollywood Money Work
I’m a Hollywood writer, so I put on my sports jacket and take off my brain.
Ben Hecht
Hollywood Sports Writer
In moderating, not satisfying desires, lies peace.
Ben Hecht
Lies Peace
Time is a circus, always packing up and moving away.
Ben Hecht
Time
The rule in the art world is: you cater to the masses or you kowtow to the elite; you can’t have both.
Ben Hecht
Art World
A man nearly always loves for other reasons than he thinks. A lover is apt to be as full of secrets from himself as is the object of his love from him.
Ben Hecht
Love Man Secrets
I know that a man who shows me his wealth is like the beggar who shows me his poverty; they are both looking for alms from me, the rich man for the alms of my envy, the poor man for the alms of my guilt.
Ben Hecht
Envy Guilt Man Poor Poverty Wealth
Love is a hole in the heart.
Ben Hecht
Heart Love
I have written a raucous valentine to a poet’s dream and agony.
Ben Hecht
Dream
Chicago is a sort of journalistic Yellowstone Park, offering haven to a last herd of fantastic bravos.
Ben Hecht
Chicago
Listen, little boy. In this business, there’s only one law you gotta follow to keep outta trouble. Do it first, do it yourself, and keep on doin’ it.
Ben Hecht
Business First Law Trouble
Love is the magician that pulls man out of his own hat.
Ben Hecht
Love Man
I discovered early in my movie work that a movie is never any better than the stupidest man connected with it. There are times when this distinction may be given to the writer or director. Most often it belongs to the producer.
Ben Hecht
Man May Work Writer
Prejudice is a raft onto which the shipwrecked mind clambers and paddles to safety.
Ben Hecht
Mind Prejudice Safety
In Hollywood, a starlet is the name for any woman under thirty who is not actively employed in a brothel.
Ben Hecht
Hollywood Name Woman 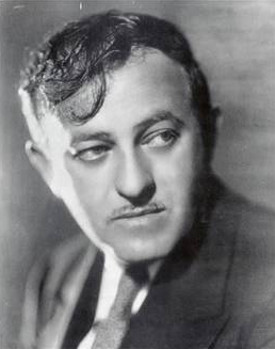 Ben Hecht (February 28, 1894 or 1893– April 18, 1964) was an American screenwriter, director, producer, playwright, journalist, and novelist. A journalist in his youth, he went on to write thirty-five books and some of the most entertaining screenplays and plays in America. He received screen credits, alone or in collaboration, for the stories or screenplays of some seventy films.

At the age of 16, Hecht ran away to Chicago, where, in his own words, he "haunted streets, whorehouses, police stations, courtrooms, theater stages, jails, saloons, slums, madhouses, fires, murders, riots, banquet halls, and bookshops". In the 1910s and early 1920s, Hecht became a noted journalist, foreign correspondent, and literary figure. In the 1920s, his co-authored, reporter-themed play, The Front Page, became a Broadway hit.

The Dictionary of Literary Biography - American Screenwriters calls him "one of the most successful screenwriters in the history of motion pictures". Hecht received the first Academy Award for Best Story for Underworld (1927). Many of the screenplays he worked on are now considered classics. He also provided story ideas for such films as Stagecoach (1939). Film historian Richard Corliss called him "the Hollywood screenwriter", someone who "personified Hollywood itself". In 1940, he wrote, produced, and directed Angels Over Broadway, which was nominated for Best Screenplay. In total, six of his movie screenplays were nominated for Academy Awards, with two winning.

He became an active Zionist shortly before the Holocaust began in Germany, and wrote articles and plays about the plight of European Jews, such as We Will Never Die in 1943 and A Flag is Born in 1946. Of his seventy to ninety screenplays, he wrote many anonymously to avoid the British boycott of his work in the late 1940s and early 1950s. The boycott was a response to Hecht's active support of paramilitary action against British forces in Palestine and sabotaging British property there (see below), during which time a supply ship to Palestine was named the S. S. Ben Hecht.(nl)(he)

According to his autobiography, he never spent more than eight weeks on a script. In 1983, 19 years after his death, Ben Hecht was posthumously inducted into the American Theater Hall of Fame.