When I began to think about the head of the family, the storyteller, the rise of television which became the new storyteller, the break-up of the American family as an idea and then Avalon came.
Barry Levinson
American Family Idea Television
It’s finding those nonsensical pieces of conversation that we all do all the time. We do all the time. When we’re talking on the telephone, there are arguments with people who agree when they both think that they disagree.
Barry Levinson
Arguments Conversation People Talking Time
Some actors are supposed to be very difficult, but I’ve not found that to be the situation.
Barry Levinson
Actors
I never really wanted to be an actor. And that was the beginning of it, I began to write things down and eventually became a writer on a television show.
Barry Levinson
Actor Beginning Television Writer
First of all, just to get Diner made would have been an achievement in that I got a chance to direct.
Barry Levinson
Achievement Chance First
The interesting thing about movies, it’s not always – y’know, you have to have structure etc and all those things, but an audience responds, in many ways, we walk away and certain things stay in our heads that are memorable.
Barry Levinson
Movies
A lot of time mistakes are very interesting – you look for the behaviour that’s not the one you expect.
Barry Levinson
Mistakes Time
I got a chance to work with Mel Brooks on two of his films: Silent Movie and High Anxiety.
Barry Levinson
Anxiety Brooks Chance Work
I got involved with an acting school and studied for a couple years. They used to have improv exercises that you would work on and you would do improvs.
Barry Levinson
Acting School Work Years
Apparently nobody really read it, it was a cheap movie, it fit their schedule in terms of things so fine, let the guy make that high school comedy. I used to work with Mel Brooks so they figured oh it’s going to be one of those really silly movies and that’s how it got made.
Barry Levinson
Brooks Comedy Movies School Silly Work
You have a movie and it proves itself and then certain things happen.
Barry Levinson
Craig Nelson who is an actor and is in a show called Coach in the United States. We began to do some improvisational stuff and we used to get laughs and things.
Barry Levinson
Actor Coach states United
All I try to do is create an atmosphere that seems comfortable enough, that it removes tension and everyone feels free. If they feel free then behaviour happens, small moments happen and that’s what ultimately works the best for me.
Barry Levinson
Moments Tension
I’m thinking, this is Robert Redford. You know, he’s won an Academy Award, he’s talking to me about directing a movie he’s in. So you just think that it’s Hollywood stuff or whatever.
Barry Levinson
Hollywood Talking Thinking
It’s those moments, those odd moments that you look for and sometimes by creating this kind of loose atmosphere you find those little moments that somehow mean a lot to an audience when they really register right.
Barry Levinson
Moments Right
I worked at a local television station and I got a chance to direct and do all those things – worked kiddie shows, Ranger House show with the hand puppets and things like that.
Barry Levinson
Chance Television
Well it was sent to me, well because almost everything that is written in Baltimore is sent to me. And David Simon, who was a writer for the Baltimore Sun, spent one year following the homicide squad in Baltimore and he chronicled that period of time.
Barry Levinson
Sun Time Writer 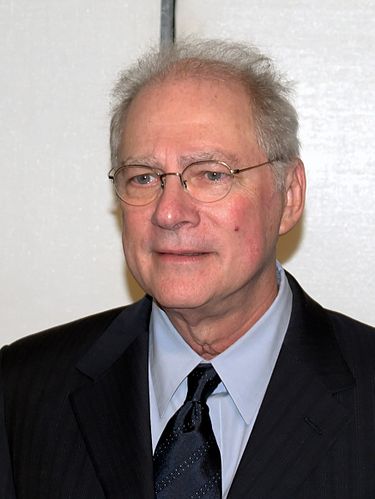