Once you decide to work for yourself, you never go back to work for somebody else.
Alan Sugar
Work 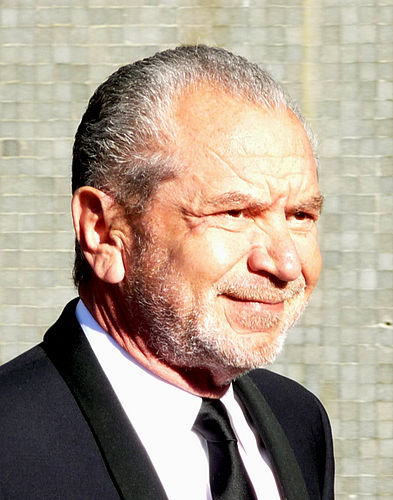 Alan Michael Sugar, Baron Sugar (born 24 March 1947) is a British business magnate, media personality, politician and political adviser. According to the Sunday Times Rich List, Sugar became a billionaire in 2015. In 2016 his fortune was estimated at £1.15bn, ranking him as the 95th richest person in the UK. In 2007, he sold his remaining interest in the consumer electronics company Amstrad, his largest business venture.Sugar was chairman of Tottenham Hotspur from 1991 to 2001. Sugar appears in the BBC TV series The Apprentice, which has been broadcast annually since 2005 and is based on the US television show of the same name which was originally created by Mark Burnett starring Donald Trump.