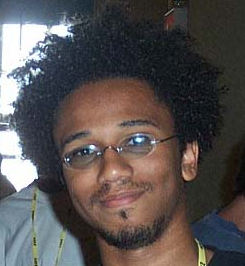 Aaron Vincent McGruder (born May 29, 1974) is an American writer, lecturer, producer, screenwriter and cartoonist best known for writing and drawing The Boondocks, a Universal Press Syndicate comic strip and its animated TV series adaptation for which he was the creator, executive producer, and head writer.