It’s really a sad story, and I liked that. The songs on this album talk about relationships in every aspect.
Aaliyah
Relationships Songs Talk
Romeo Must Die came at the right time. It was the right vehicle for me.
Aaliyah
Right Time
Because I came out as a singer, I took the time to get an acting coach.
Aaliyah
Acting Coach Time
I’m the interpreter. I’m the one who takes your words and brings them to life. I was trained to sing and dance and laugh, and that’s what I want to do.
Aaliyah
Dance Life Want Words
I’m involved in some action scenes, so they’ll train me for that. I’ll be working with my acting coach to prepare for my character.
Aaliyah
Acting Action Character Coach
I have the time needed to support the album and tour.
Aaliyah
Support Time
There are times in my life when I just want to be by myself.
Aaliyah
Life Want
If I don’t think about it, it won’t drive me crazy.
Aaliyah
If you want to go to the mall, you have to take security. But it’s always cool. The kids are amazing.
Aaliyah
Kids Security Want
I see myself as sexy. If you are comfortable with it, it can be very classy and appealing.
Aaliyah
I want people to remember me as a full on entertainer and a good person.
Aaliyah
People Want
The Matrix is top secret. There isn’t much that can be said right now.
Aaliyah
Now Right
It was always part of the plan to move into acting.
Aaliyah
Acting
I know that people think I’m sexy and I am looked at as that. It is cool with me. It’s wonderful to have sexy appeal. If you embrace it, it can be a very beautiful thing.
Aaliyah
People
I stay true to myself and my style, and I am always pushing myself to be aware of that and be original.
Aaliyah
Style
Keep working hard and you can get anything that you want.
Aaliyah
Want
In film, you are a totally different person than in the video.
Aaliyah
Film
There are times I can’t even figure myself out.
Aaliyah
You have to love what you do to want to do it everyday.
Aaliyah
Love Want
I’m a total performer.
Aaliyah
I think it’s important to take a break, you know, from the public eye for a while, and give people a chance to miss you. I want longevity. I don’t want to get out there and run myself ragged and spread myself thin.
Aaliyah
Chance Eye Longevity People Public Want
I began to work the stage and get the audience into it. I also learned how to have fun out there. It is something I will never forget.
Aaliyah
Forget Fun Will Work
I don’t want to abandon one work for the other, and I don’t think I need to sacrifice anything to put my all into either one of them.
Aaliyah
Sacrifice Want Work
There are certain things I want to keep to me. I don’t discuss my private life.
Aaliyah
Life Want
It’s hard to say what I want my legacy to be when I’m long gone.
Aaliyah
Want
I don’t feel I made any sacrifices at all. I’m doing my best to juggle.
Aaliyah
I don’t think about my previous success. I’m happy that the work I’ve done has been very successful.
Aaliyah
Success Successful Work
All I can do is leave it in God’s hands and hope that my fans feel where I’m coming from.
Aaliyah
Fans God Hope 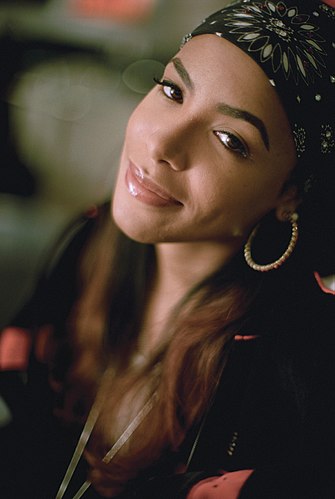 Born in Brooklyn, New York, and raised in Detroit, Michigan, Aaliyah first gained recognition at the age of 10, when she appeared on the television show Star Search and performed in concert alongside Gladys Knight. At age 12, Aaliyah signed with Jive Records and her uncle Barry Hankerson's Blackground Records. Hankerson introduced her to R. Kelly, who became her mentor, as well as lead songwriter and producer of her debut album, Age Ain't Nothing but a Number. The album sold three million copies in the United States and was certified double platinum by the Recording Industry Association of America (RIAA). After facing allegations of an illegal marriage with Kelly, Aaliyah ended her contract with Jive and signed with Atlantic Records.

Aaliyah worked with record producers Timbaland and Missy Elliott for her second album, One in a Million, which sold 3 million copies in the United States and over eight million copies worldwide. In 2000, Aaliyah appeared in her first film, Romeo Must Die. She contributed to the film's soundtrack, which spawned the single "Try Again". The song topped the Billboard Hot 100 solely on airplay, making Aaliyah the first artist in Billboard history to achieve this goal. "Try Again" also earned Aaliyah a Grammy Award nomination for Best Female R&B Vocalist. After completing Romeo Must Die, Aaliyah filmed her role in Queen of the Damned, and released her third and final studio album, Aaliyah, in 2001.

On August 25, 2001, Aaliyah and eight others were killed in a plane crash in the Bahamas after filming the music video for the single "Rock the Boat". The pilot, Luis Morales III, was unlicensed at the time of the accident and toxicology tests revealed that he had traces of cocaine and alcohol in his system. Aaliyah's family later filed a wrongful death lawsuit against Blackhawk International Airways, which was settled out of court. Aaliyah's music has continued to achieve commercial success with several posthumous releases, and has sold an estimated 24 to 32 million albums worldwide. She has been credited for helping redefine contemporary R&B, pop and hip hop, earning her the nicknames "Princess of R&B" and "Queen of Urban Pop". She is listed by Billboard as the tenth most successful female R&B artist of the past 25 years, and the 27th most successful R&B artist in history.